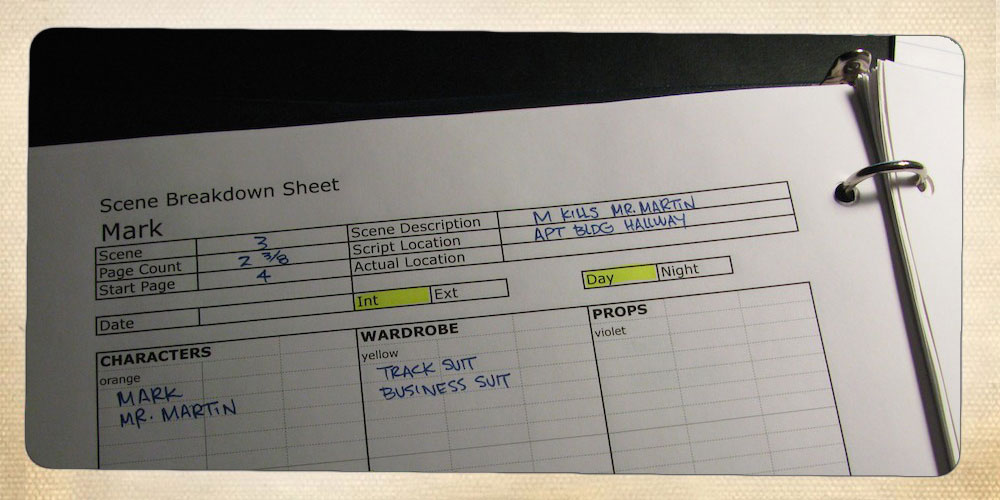 There are several computer programs that can help with script breakdowns, but I’ve never used them. They look pretty good but honestly I couldn’t justify the expense because it’s possible to do it the old fashion way with pen and paper. There are forms that are pretty standard for script breakdowns and I found a template online which I modified a little for my own purposes, but basically it is a form with boxes where you write down all the things and personnel you’ll need for each individual scene. Here is a link to my breakdown template in Excel format which you can use. There is a header where you specify what scene it is, what page it starts on in the script and some other info that will be important when you get to the scheduling like whether the scene in inside or outside, day or night. There are boxes for cast, crew, makeup wardrobe, special effects etc. This will the tool you’ll use to make the schedule, your call lists for the individual shooting days, and each department will use to figure out what they will need on the shoot.

Once you’ve got your form, then you grab a bunch of different colored pens and your script and get to work. There is a standard color code but since I’ve only worked on my own productions I’ve made up my own code which makes sense to me. See I color code other things on my to-do lists (for example music project are green, so when I made my code sound and score notes are on my breakdown sheets are green) so it made sense for me to keep to that. If I ever work on a production for a bigger production company I suppose I can learn their code then. 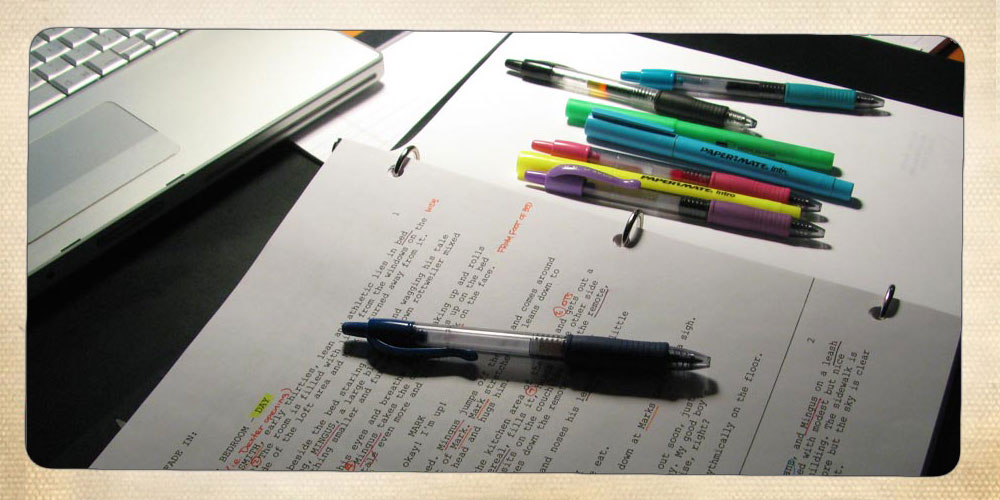 Get out your pens!

The breakdowns for the first “Mark” script were 8 pages since there are only 8 scenes, so it went pretty quickly. This is a great method to really get an idea of what your production is going to need and to get your head around the undertaking. Once I’ve taken this step I really feel like the project is doable at that point. It’s the difference between being overwhelmed by unknowns and really having a handle on the production. Between this and the shot list or storyboards I generally have all I need to plan out the production. Of course it gets complicated when you start dealing with peoples schedules but if you are really appreciative of peoples time and make them feel like a part of the whole you’ll be surprised how willing people will be to work with you.