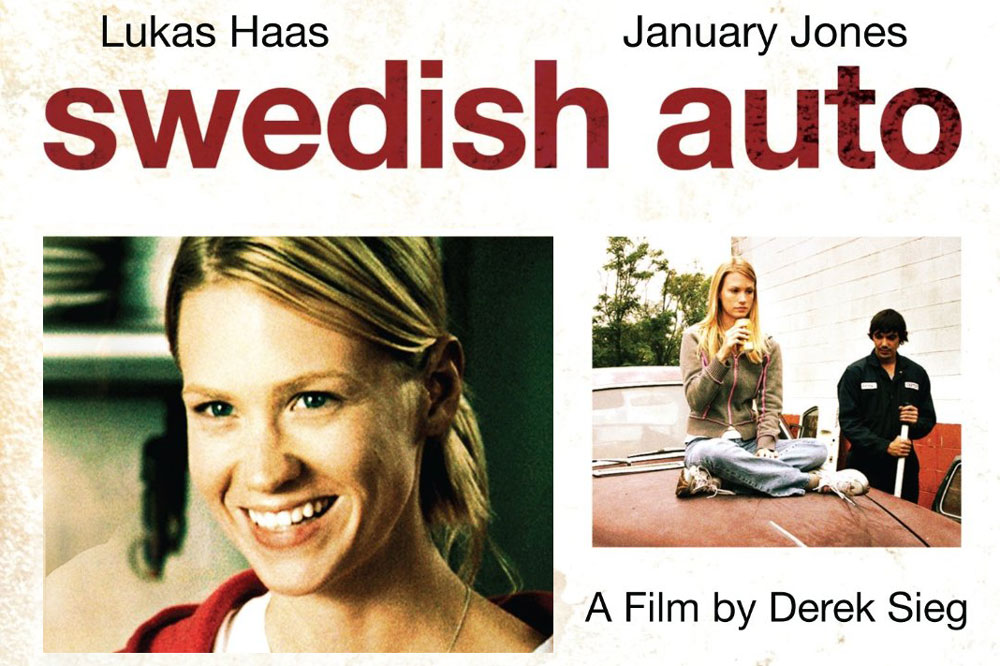 Hey, sorry it’s been so long since I wrote a post. It’s been a rough couple of months. Rougher than the previous year even – I’ve been barely scraping by.

I’ve been trying to raise the money to finish OCGU and I did manage to get the first episode of Mark in the can. I’m looking forward to starting the edit on that too. I got certified by Apple in Final Cut Pro too. So some good stuff has been happening too.

Anyway, I got inspired to write a post today when I saw that the dvd for a film called Swedish Auto

is coming out. That is a film I saw at the Sundance Film Festival in 2007. It was a pretty darn good little indie flick, but I never heard anything about it after the festival until now. I’ve seen tons of films that I saw at festivals come out years later after I’d forgotten all about them, and there is always a little rush of nastalgia, and a little bit of hope floods in, because those film makers have been struggling to get their film out there for months and years and finally something is happening.

Sure they have to survive on their merits, and maybe they will sink, but at least they are getting their shot…and that’s all I want for the films I’m working on. I just want them to have a shot, and let them sink or swim on their own. Well, that and the chance to make another.